A yacht charter vacation in the region of Athens

Athens is the Greek capital and boasts over 5,000 years of history. This makes the city one of the oldest settlements in Europe. The Acropolis, Hadrian's Gate and the Olympieion are impressive testimonies of the heyday in ancient times. The lively metropolis offers numerous cultural sites and sights. You should not miss a stroll through the streets of the old town Plaka. In addition, the city is an excellent starting point to explore Greece's island world with a sailing yacht. Athens is easy to reach from numerous airports in Germany, Austria and Switzerland. We will be happy to assist you in organizing a transfer to the marina. There are also numerous ferries between Italy and Greece, which allow you to travel by car.

The area around Athens

Off the coast of Athens is the Saronic Gulf, which is protected by the mainland to the north. Thus the Meltemi winds prevailing in the Aegean Sea, especially in summer, are moderated. A yacht charter from Athens is therefore ideal for families and less experienced sailors. The tides hardly play a role in sailing. The sailing area is interesting because of the relatively short sailing distances between beautiful bays. So there is enough time during the sailing trip from Athens to swim and discover the surroundings. Constant winds and mild temperatures make the Gulf a perfect destination for a sailing trip through Greece.

Sailing in Greece becomes more challenging on trips to the Aegean Sea and the Cyclades. Around the 56 islands of the area a strong Meltemi blows in summer, which is a challenge especially with small sailboats in Greece. Therefore, only experienced sailors should venture into the island world. In spring and after September noticeably weaker winds can be found.

The season for a yacht charter in Athens ranges from May to October. During this time the weather is settled and rainy days are the exception. In summer it gets quite hot, but this is mitigated by the winds when sailing on Greece's seas. The water temperature is between 17 and 20 °C in May. It rises to a good 26 °C in August before dropping to 21 to 24 °C in October. The sea is still very warm in November, but then precipitation increases noticeably. 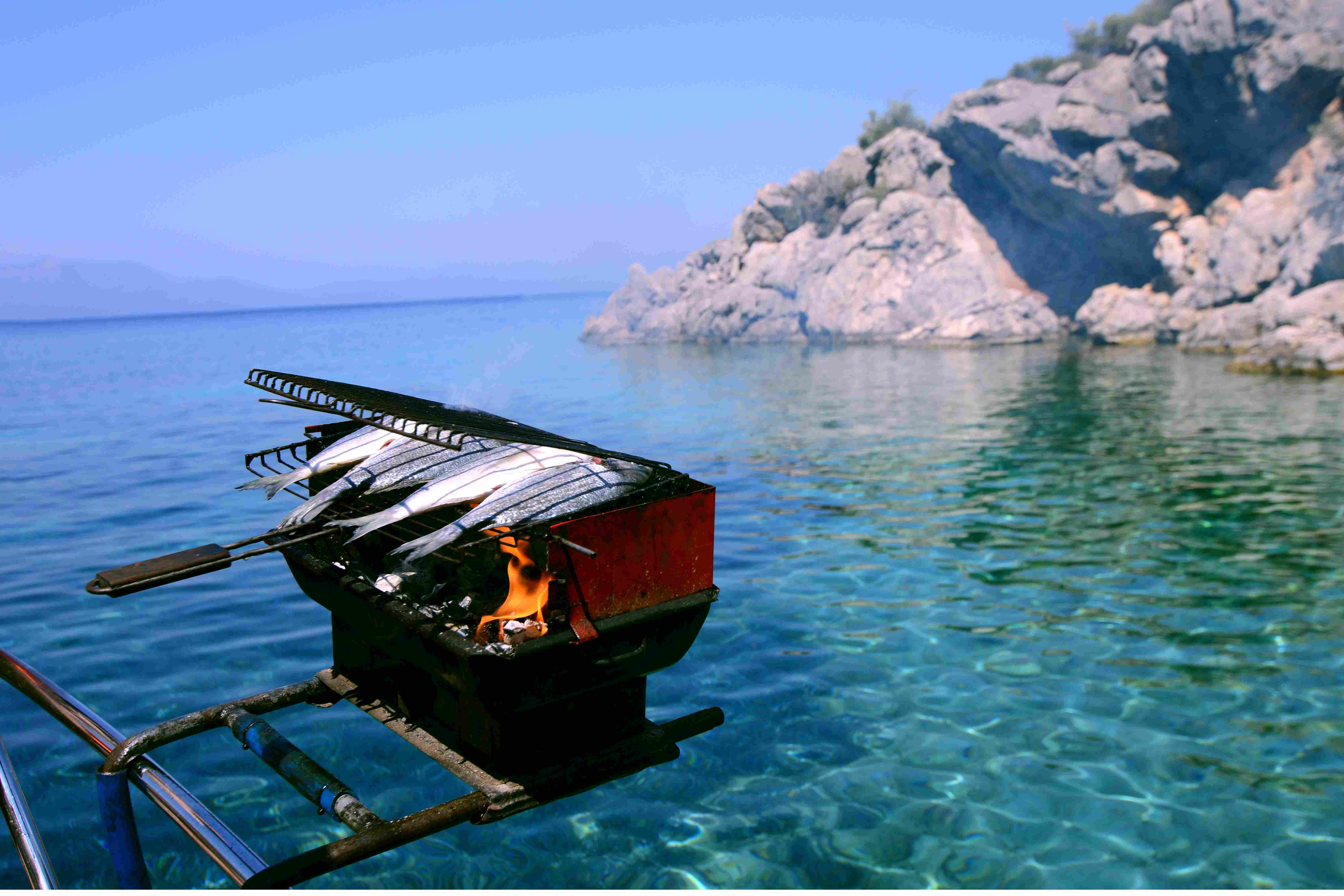 Interesting destinations during a sailing trip from Athens

Before or after your yacht charter in Athens you should definitely plan a visit to the Greek metropolis. In addition to the ancient buildings already mentioned, there are impressive testimonies of every era and valuable art collections to see. Renting a sailboat for Greece's island world allows you to explore the beautiful nature and culture of the people. A few nautical miles from Piraeus, in the Saronic Gulf, lies the island of Salamis. If you are traveling by catamaran through Greece's waters, it is worth stopping at Salaminas marina. It is located in the northwest and is suitable for an excursion to the ancient monasteries of Faneromeni and Agios Nikolaos. Scenic is the south, where the most beautiful beaches are located. Here lies with the Mykena Acropolis another important sight.

You will reach Aegina on a sailing yacht trip through Greece south of Salamis. In the northeast of the island is the port of Agia Marina. In the surroundings of the pretty resort there are some historical buildings, the most important of which is the temple of Aphaiah. Worth seeing is the new domed church of Agios Nektarios, which stands next to one of the many monasteries. In the west there are beautiful sandy beaches and a charming landscape, which invites for hiking. Angistri is located a few nautical miles west of Aegina. It is the smallest inhabited island in the Saronic Gulf. A special feature are the many wild peacocks that were brought here a few centuries ago. The rocky bays offer ideal conditions for snorkeling, there are also beautiful sandy beaches. The island is far from mass tourism and allows beautiful glimpses of the rural life of the Greeks. Further south are the peninsula of Methana and the island of Poros, whose main town of the same name has a pretty old town. South of the Peloponnese are the islands of Hydra and Dokos, which are rocky. Then head back and arrive in Athens under full sail. Enjoy the metropolis before you start your journey home.

A challenging area are the Cyclades. With a yacht charter from Athens especially the northern islands can be easily reached. A better choice in this respect would be the marina in Lavrion in the south of the Attica region. From there it is not far to the northernmost island of the archipelago, Kea. In the northwest of the island is the port of Korissa, where you can find water, electricity and provisions for sailing in Greece. Also, a hike to the Lion of Kea, a statue of a resting lion with a smiling mouth created 2,700 years ago, is recommended. East of Kea, a catamaran trip through Greece's Cyclades can take you to Syros, with its main town of Ermoupolis. Here is one of the oldest archaeological museums in Greece. Worth seeing are the many religious sites, including a Capuchin monastery founded in 1633.

Snow-white houses with colored wooden doors and windows, this is the image of Mykonos. The island has always been a destination of choice for sailing yachts in Greece and is located east of Syros. Worth seeing are the Panagia Paraportiani church and the old Panagia Turliani monastery. However, the landmark of the island are the ten windmills "Kato Mill". They are located on the western outskirts of Mykonos Town. Another place of longing, which is the reason why vacationers travel around Greece on a sailing boat, is Santorini. The island is located in the southern Cylades and can only be reached if they have planned at least a two-week yacht charter from Athens.

In a week sailing in Greece you can visit the island of Serifos, where the monastery of Taxiarches is worth seeing. South of this island is the island of Sifnos, where people practice the traditional pottery craft. You will also find beautiful bathing bays where it is worth anchoring. Paros is located southwest of Mykonos and is ideal for hiking in the island's interior. Tens of thousands of bear moths live in the Butterfly Valley. There are several good restaurants on the island that serve excellent fish dishes.

The nearest marina is in the port city of Piraeus just outside Athens. When sailing from Athens to the Cyclades, you should consider the long journey. You will have to pass the charming coast of the Attila region before you can sail in the island world. A shorter way promises you the marina in Lavrion at the southern tip of Attica. Another starting point for a yacht charter in Athens is the marina in Eleusis, which is located north of Athens. It is suitable for cruises in the Saronic Gulf. A bit further west there is another marina, Nea Peramos.

Zacherl Charter - Everything from a single source

Whether you have a boat license or a skipper: We have a large selection of exclusive yachts, boats and catamarans. Plan your unforgettable boating holiday in Croatia z. B. Veruda, Krk, Biograd, Trogir, or Split, we are happy to advise you! Zacherl Charter - we love yachting!

Other Regions in Greece 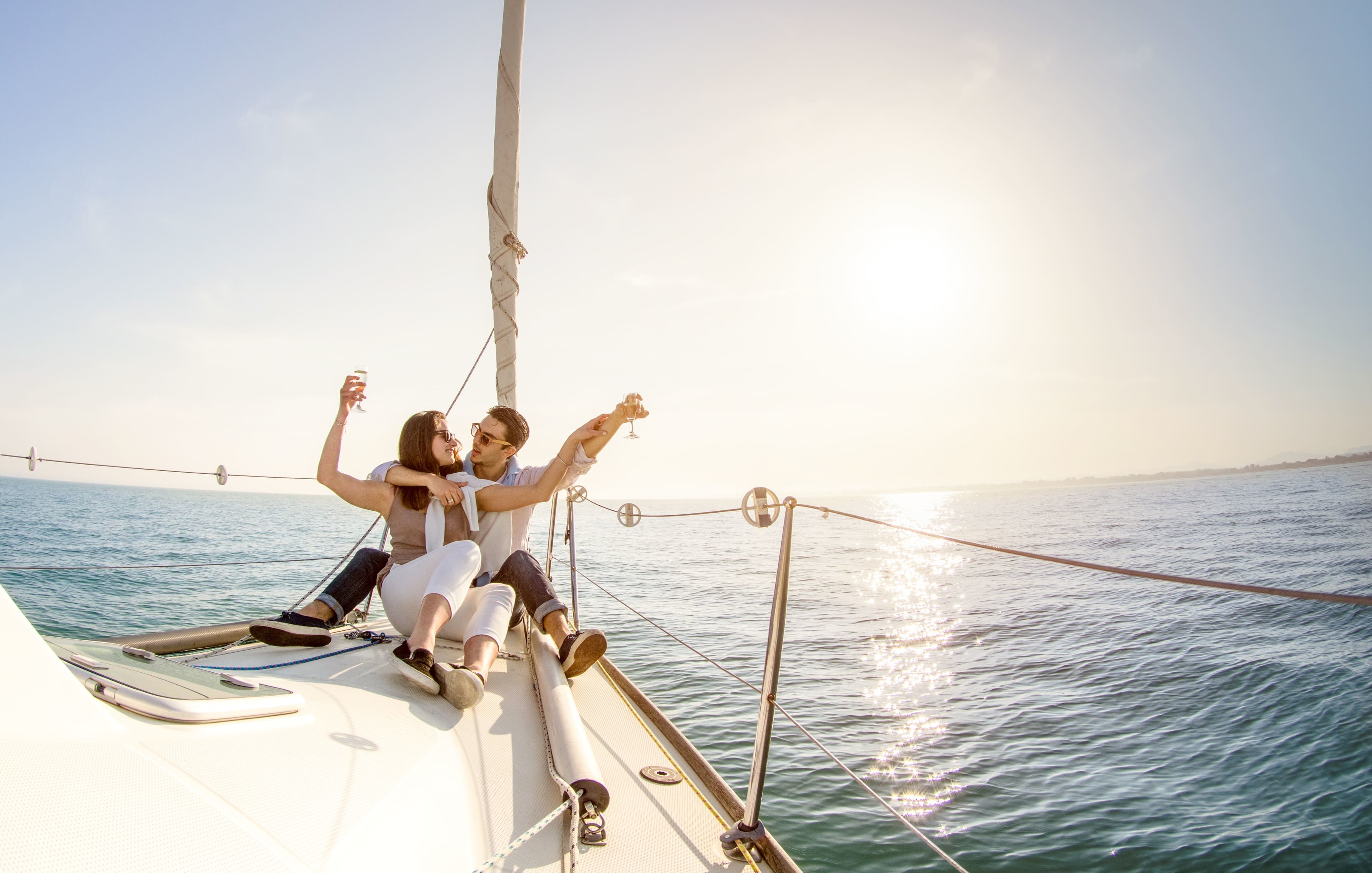 Check out best offers for your sailin holidays with Zacherl Yachtcharter! 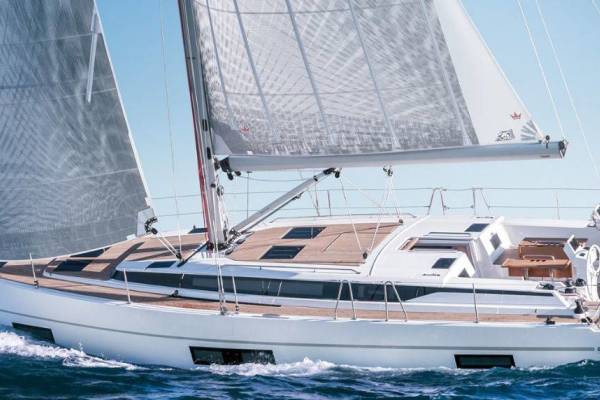 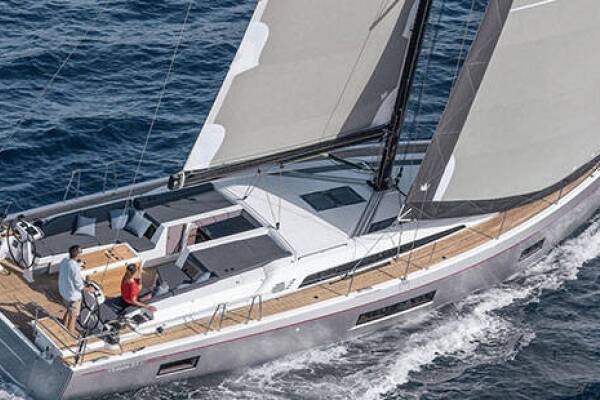 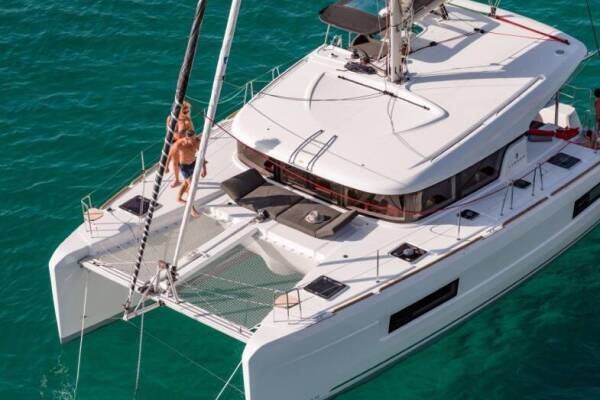 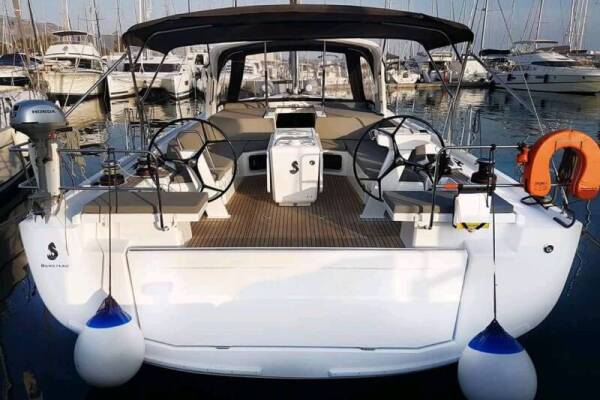 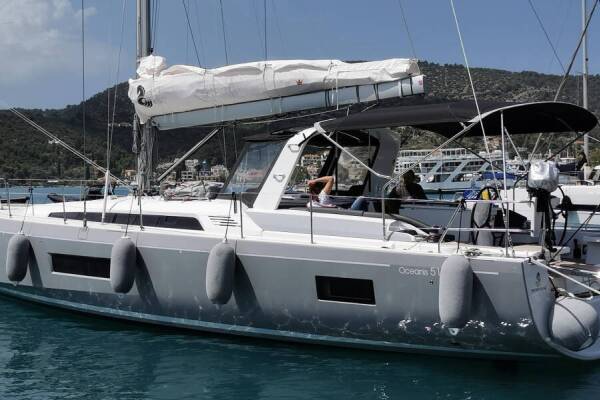 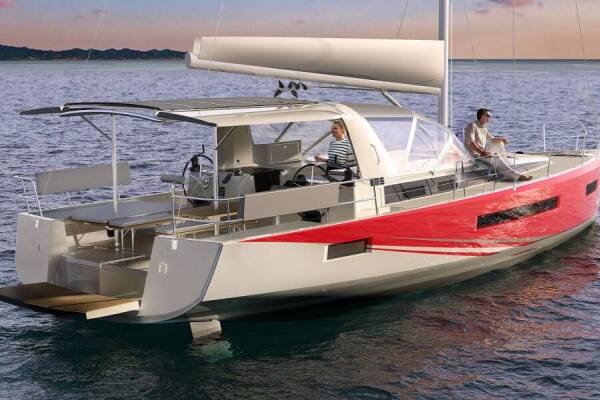 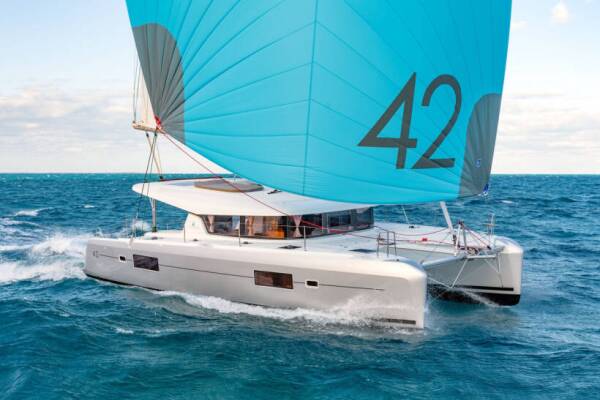 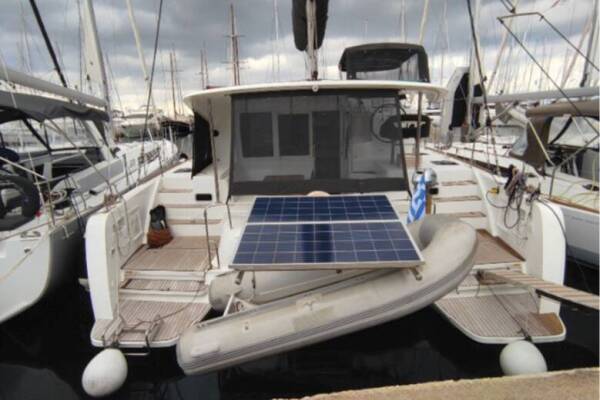